Mastercard dropped their Earthport bid last week and plans to purchase Transfast instead. This instantly reduced the value of Earthport shares. Visa will now close the deal at 37p/share, 26% below the peak price in their recent bidding war but 30% higher than Visa’s initial bid.

So who wins from all this? 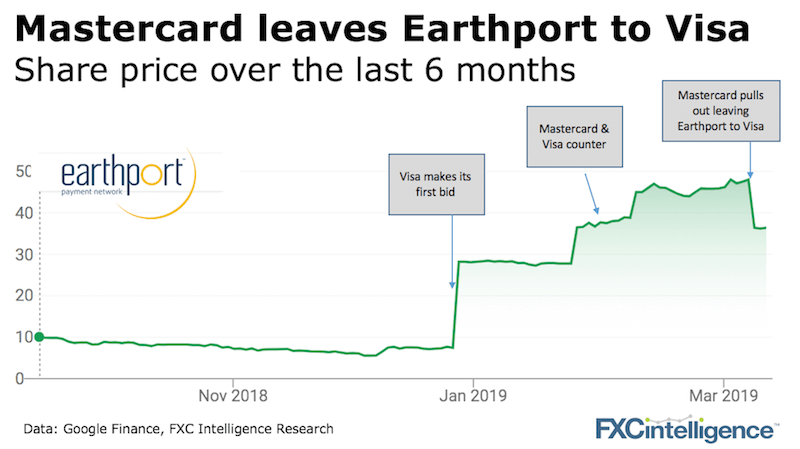 Better the devil you know

MasterCard already works with Transfast, providing payout services, which likely gave it an edge. Whilst both Earthport and Transfast offer access to a global banking network, Transfast has a strong focus on emerging markets.

Revolut receives an apology (of sorts)

The Revolut story continues to unfold with the group quickly trying to grow up – this week by hiring some very experienced finance executives. As we reported last week though, don’t believe everything you read. Earlier this week, The Telegraph issued a clarification for its article, stating they:

“wrongly suggested Revolut had been accused of violating banking rules by switching off part of its anti-money laundering systems.”

You should read the mainstream press – they do a great job amplifying what everyone does in the sector. Just make sure you read us too.