We’re beginning to see numbers filtering through on the impact of Covid-19 on the sector. As some digital players report record numbers, what is driving this?

We also take a look at how Travelex grew in the last recession as part of our growth series and reveal lessons from TransferWise as it gets harder and harder for the fintech to get over the high bars it has set itself.

Growing through a downturn: Travelex

The Travelex of today has unfortunately been dragged down by the well-reported troubles of its parent: Finablr. Travelex was founded back in 1976 and, in 2008/9, was the leading independent player in the sector. 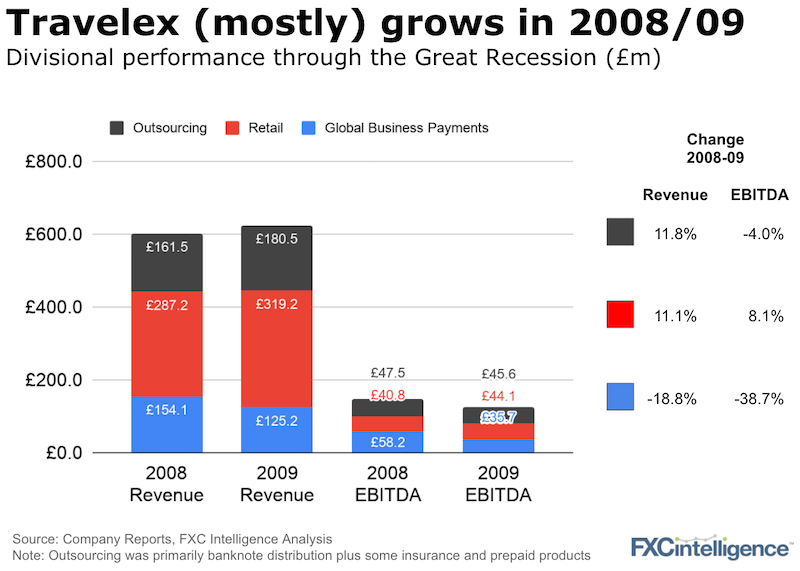 How did Travelex manage to grow its retail and banknote business through the period?

Travel had not been hit as hard as it has this time around but the basic principles of growing share in a downturn through lower pricing remain. (We look at this behaviour below).

In a much more competitive landscape today, how much will promotions alone be sufficient to retain share and is it worth the margin hit?

2. Pushing and pulling customers to digital

Even back in 2008, Travelex gained share by revamping its online presence and pushing people to digital, a higher-margin product.

This past week, Remitly reported customer growth of 100% from February to March this year, alongside a 40% growth in transaction volume. A large part of this is simply being a digital alternative in a stay-at-home world – some push but a lot pull.

3. Expanding into new markets whilst others hold back

Travelex won key retail business in Paris, Abu Dhabi, Beijing and Brussels in 2009 beating out the competition. Just this week, TransferWise, pushed ahead with its opening of business in the UAE, when others may have postponed. The UAE is a highly competitive market but with UAE Exchange’s recent troubles, TransferWise will feel confident of having some quick success.

The three principles above are timeless. But how many players in the sector are actively pursuing all three right now?

Pricing in a crisis

In the Travelex example, we saw how effective pricing promotions were in boosting revenue during the 2008/9 downturn.

During the current Covid-19 epidemic, it seems to have taken providers a while to find a strategy. Throughout February and March, we saw significant fluctuations in pricing. Interestingly, many providers ended March with higher pricing than they had at the start of February.

Below, we look at how two providers changed pricing over the past two months along two popular corridors – USD to INR and GBP to INR – highlighting the range in strategies. 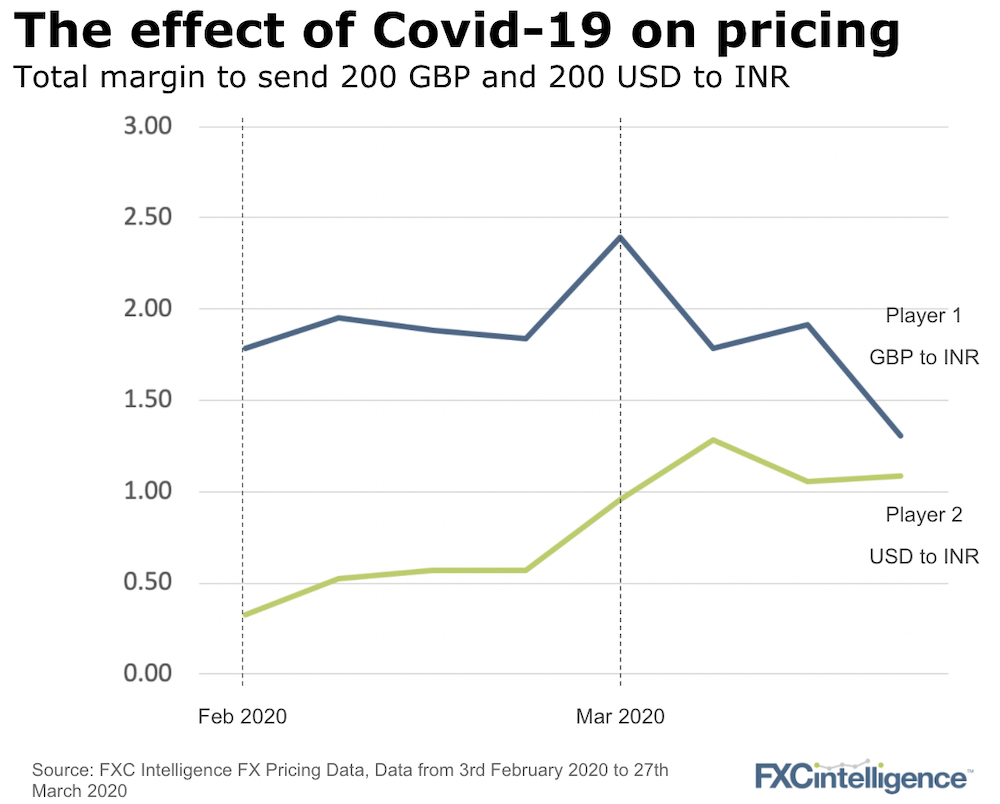 We’re tracking the industry’s behaviour as it navigates the crisis. Who is doing what and how are they moving their pricing levers?

TransferWise just released its Q1 2020 update. The headline grabbing number of seven million users is impressive but we dig into their core performance metrics of speed and price. 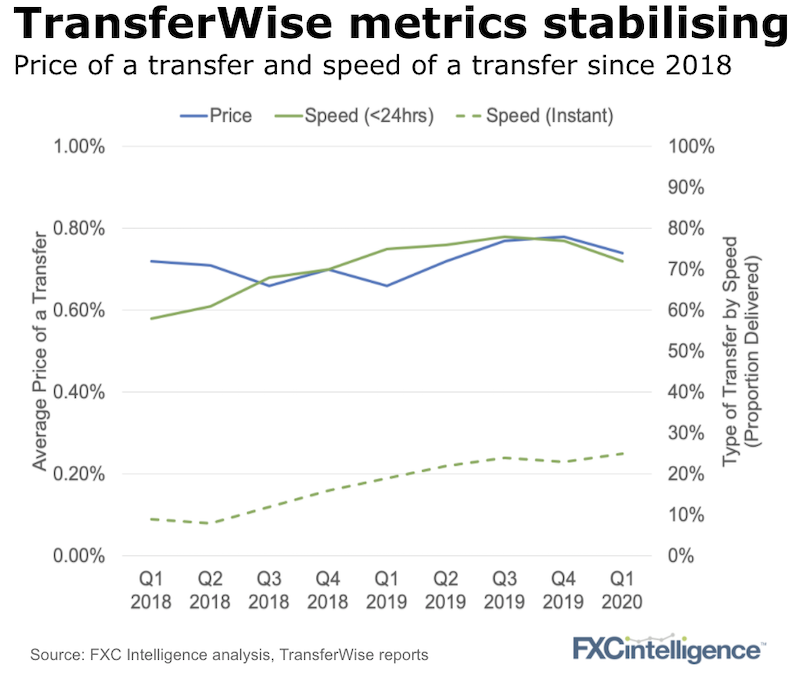 Let’s be clear, I’m being a little tough on TransferWise but they remain one of the core benchmarks of performance in the sector and their numbers sit above what many other players still aspire to.