Please note each submission request for a copy of the report will be reviewed by FXC Intelligence.

You will be sent the report within 2 working days if your request is accepted; it will not automatically download. 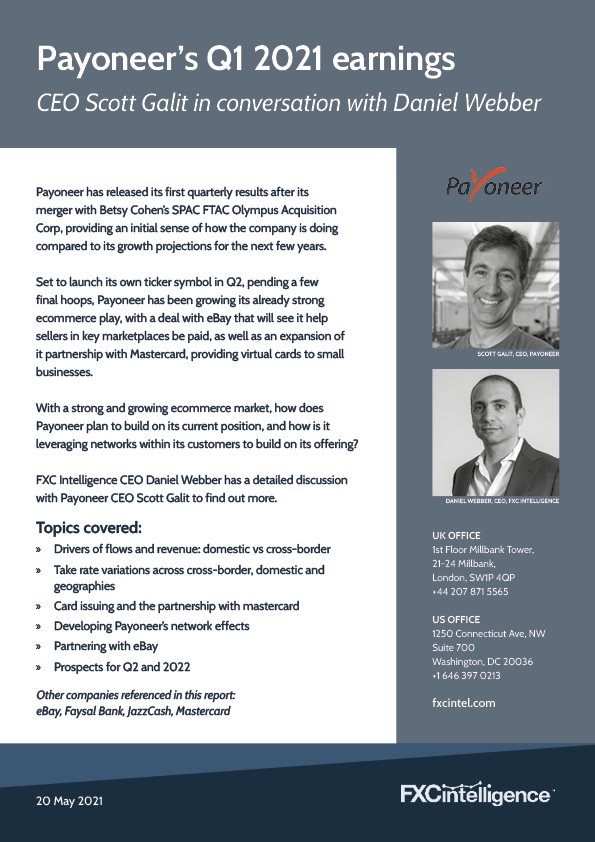 Payoneer has released its first quarterly results after its merger with Betsy Cohen’s SPAC FTAC Olympus Acquisition Corp, providing an initial sense of how the company is doing compared to its growth projections for the next few years.

Set to launch its own ticker symbol in Q2, pending a few final hoops, Payoneer has been growing its already strong ecommerce play, with a deal with eBay that will see it help sellers in key marketplaces be paid, as well as an expansion of it partnership with Mastercard, providing virtual cards to small businesses.

With a strong and growing ecommerce market, how does Payoneer plan to build on its current position, and how is it leveraging networks within its customers to build on its offering?