Compliance as a core competency

There are two sides to every story. On one side, news broke on Tuesday that a fraud allegation against Revolut had been referred to London’s Metropolitan Police.

This follows a story last week reporting the company temporarily switched off its automated compliance system which was meant to stop suspicious money transfers. Revolut CEO Nikolay disputes this, saying whilst one system was switched off due to incorrectly flagging good payments, a second system was still running underneath. Our understanding is Nikolay’s is the side you should be listening to.

But if there is one thing payment companies have to do well, it’s compliance. When they fail, the costs can be huge (and the PR can be very challenging). 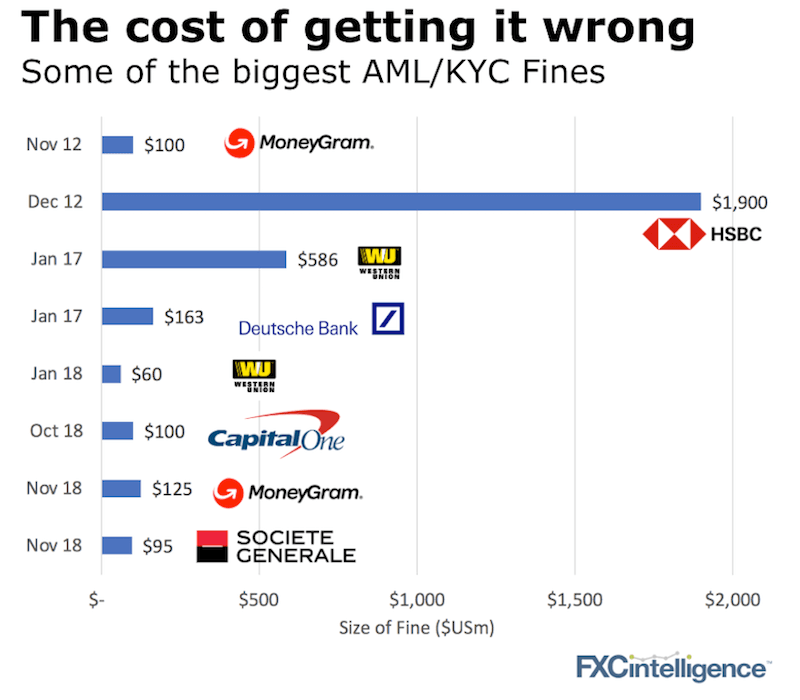 The numbers above are substantial and there are a few repeat offenders. In particular, MoneyGram’s recent $125m fine was a result of its behaviour after a similar fine six years earlier.

The obvious question is what if any action will be taken against Revolut if deficiencies are found. Although once you navigate through the bad press and some customer service issues, it’s not clear any regulatory issue was actually breached.

So, whilst real facts remain thin on the ground, we eagerly await the results of any investigation.

Where RegTech can help

Fortunately, we’ve just completed our first report on RegTech and International Payments. That’s 35 pages of research on the sector, which we’re distributing for FREE because we love it so much. Here’s the breakdown:

According to the FCA, it’s “a subset of Fintech that focuses on technologies that may facilitate the delivery of regulatory requirements more efficiently and effectively than existing capabilities.”

In other words, tech that makes it easier for your company not to get in trouble or worse get fined.

How to manage different risk appetites

Banks and payment companies have different appetites for risk, in part due to their client set. A payment company serving a small number of high-net worth individuals assesses risk very differently than a company digitally on-boarding thousands of customers daily who may be sending funds anywhere around the world.

But wherever you sit in this risk spectrum KYC, AML and ongoing monitoring are critical components of any payments business.

As Stephen Lemon, Co-Founder of Currency Cloud, succinctly explained to me this week: “The real cost in this business is KYC and onboarding the customers.” And when you get it wrong, the financial and reputation penalties can make things go very wrong. So do it right.

Everything else in the report Sector maps, analysis on how RegTech helps payment companies, detailed profiles of the leading RegTech companies, and more.