Many of our readers would associate Moneycorp, one of the UK’s most well known international payments brands, with travel money and a private client business. We could see why, especially if you just read the public filings. But you couldn’t be more wrong.

While this may have been the case back in late 2014 when the private equity firm Bridgepoint purchased the company, it is not what Moneycorp is today. Given the group’s private equity ownership structure, the consolidated numbers below have never been shared externally before and there was no requirement to do so.

Note: TTT Moneycorp, the main UK corporate entity, represents only 50% of group revenue – i.e. just half the true picture. We show the whole group below. 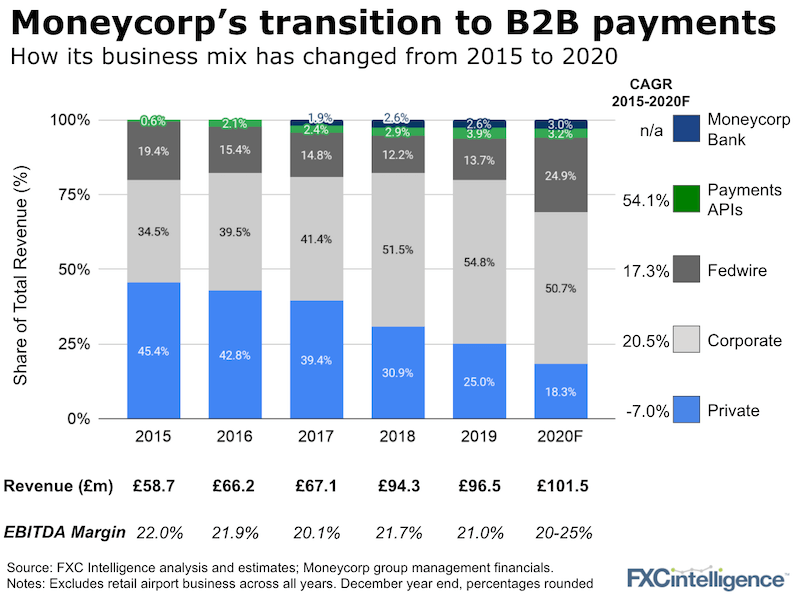 We spoke with Moneycorp CEO Mark Horgan to walk us through the transition of the group and its growth path. Our summary: