What makes a crazy valuation?

TransferWise is reported to be seeking a share sale valuing the company at £3bn ($4bn). This would make it one of the most valuable fintechs globally.

What is driving this valuation? Is it continued high growth off a real revenue base and how does it compare to its peers? Let’s see where TransferWise fits in. 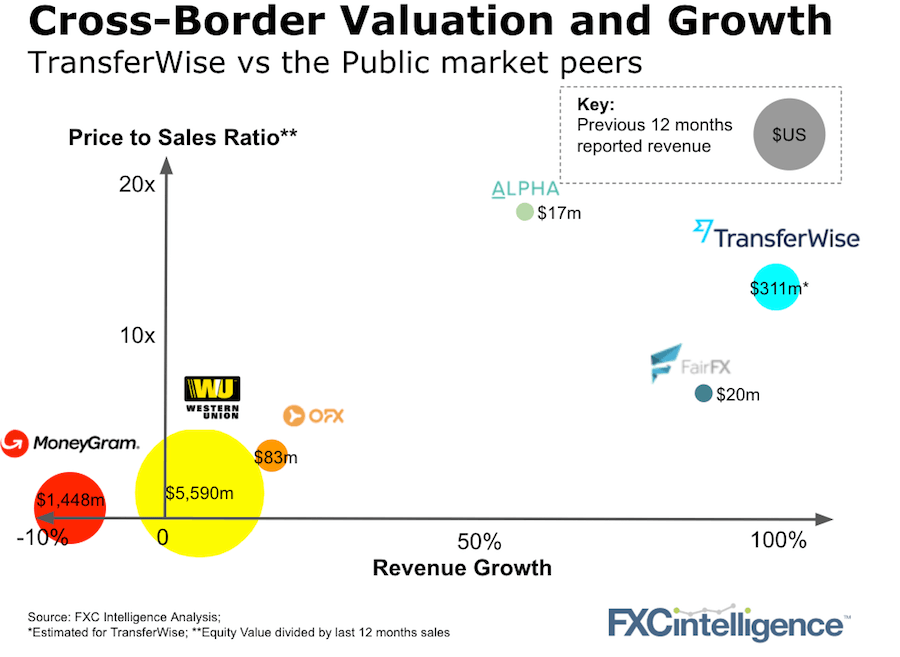 We can clearly see from the analysis above that high annual growth is what is driving a high valuation. TransferWise is unique as the only group still growing at its pace even with a substantial nine figure revenue base (we’ve estimated a repeat of the 100% annual growth seen from March 2017 to March 2018).

Alpha FX has the richest valuation and FairFX is close behind but both are growing off relatively small revenue bases. OFX has been picking up the pace and it will be interesting to see if its valuation follows.

With a reported $3bn/month of FX flow (c.$36bn/year), TransferWise still has a small fraction of the overall market implying plenty of room to keep growing.

Which would suggest their 12x Price to Sales ratio doesn’t look crazy. Which means it’s hard to say a $4bn valuation is crazy either…as long as the growth rates hold up.

As impressive as TransferWise’s growth rates are and its estimated $250-300m of current digital revenue, let’s not forget what Western Union and MoneyGram have been doing in the space. 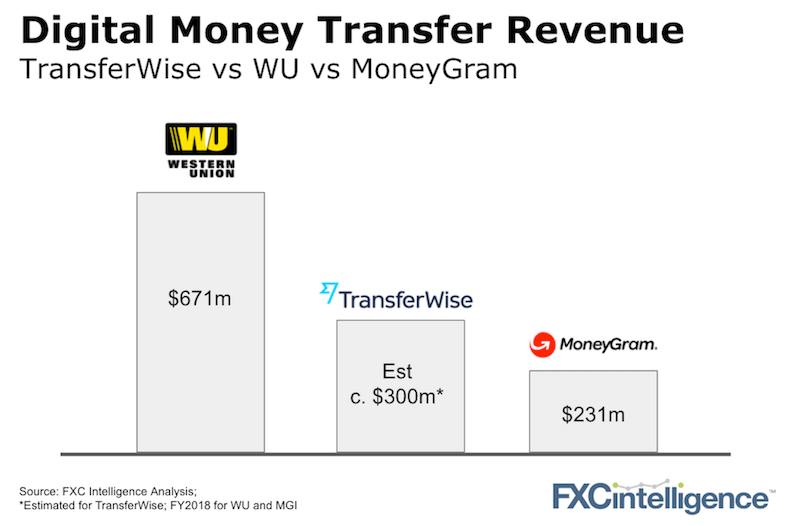 If TransferWise’s business (all digital) is valued at $4bn, should Western Union’s digital business (which is quasi digital as it pays to cash too) be worth $8bn?

In which case, since the current value of Western Union is $7.8bn, the rest of the business would be worth nothing (and Western Union just announced the sale today of its bill pay business for $750m).

Which means either Western Union’s digital business (growing at circa 20% per annum, no small feat), is undervalued or TransferWise is overvalued. But it can’t be both.

And spare a thought for MoneyGram, having no easy time right now but still running a digital business with annual revenue of over $230m.