The big three public companies all reported 2018 full year results this past week, with wide-ranging performances.

Top performing is Ria (owned by Euronet). Year over year growth was 16% which compares favourably to Western Union at 3% and MoneyGram which declined 11% (but did stabilise in Q4).

As a core indicator of competitive pressures globally (from both digital and offline competition), we’ve looked at how overall pricing has changed in 2018. 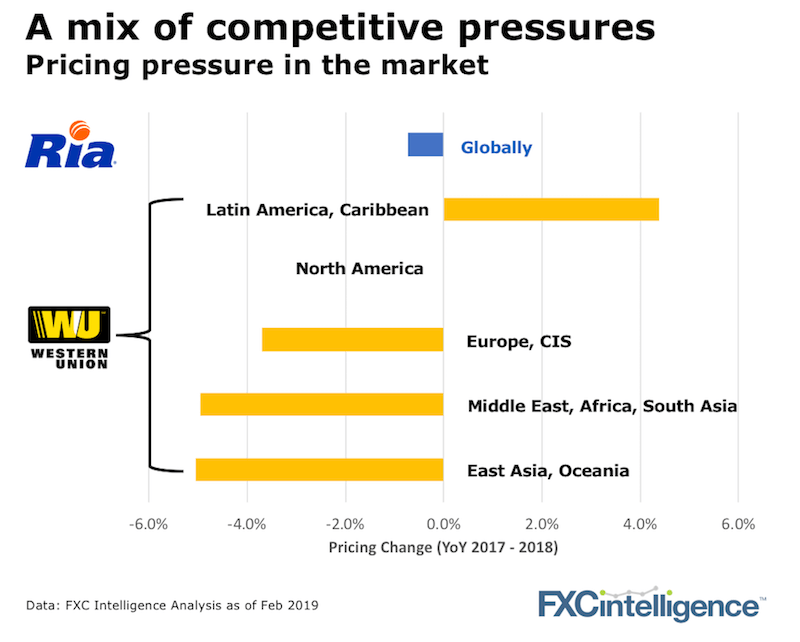 Pricing pressure remains, but not nearly as much as you’d think. The market of opportunity appears to be Latin America, where Western Union was even able to raise prices. We’ve seen more and more players focusing on LatAm too.

Some other takeaways from the results:

The next big IPO – Finablr

News out of Dubai this week from the owner of newly-formed payments conglomerate Finablr is that the company plans to seek an IPO in London in March.

Finablr’s core was UAE Exchange until it bought Travelex for a reported $1.14bn in 2015. Since then, it has grown both organically, by developing its own brands such as Unimoni, and by investing in startups such as Swych. 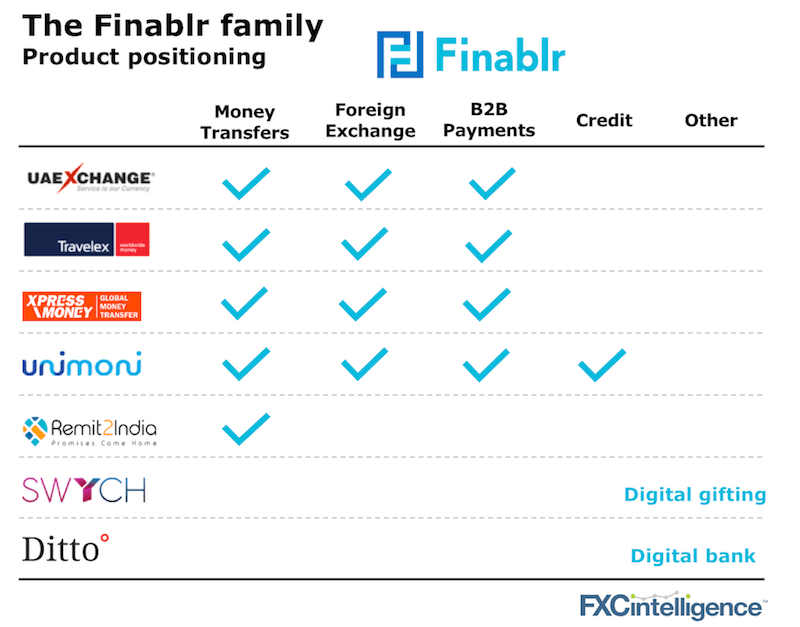 This is not the first time an IPO for the group has been mooted. With the company signing a 10 year lease in December for over 11,000 sq ft of London offices in a new tower development in Old Street, however, this may now be the time.

Finablr has held its financials close to its chest to date. FX flows are understood to be around $100bn but no operating financials have been publicly shared. A public markets listing will shed some light and add a new comparable to the three public giants we cover above.

A good response from investors to the listing will be good news for the sector.