News emerged this week that Revolut is seeking a Russian banking license. Since it raised $250m a year ago, life hasn’t been so easy for Revolut. We also take a look at how one company is making enviable margins in spot FX.

Before that, let’s turn to the IPO of Finablr, the owner of Travelex and UAE Exchange. Having initially hoped for a value north of $3bn, Finablr hit the market yesterday at half that value and lost 8% in a day. Why? 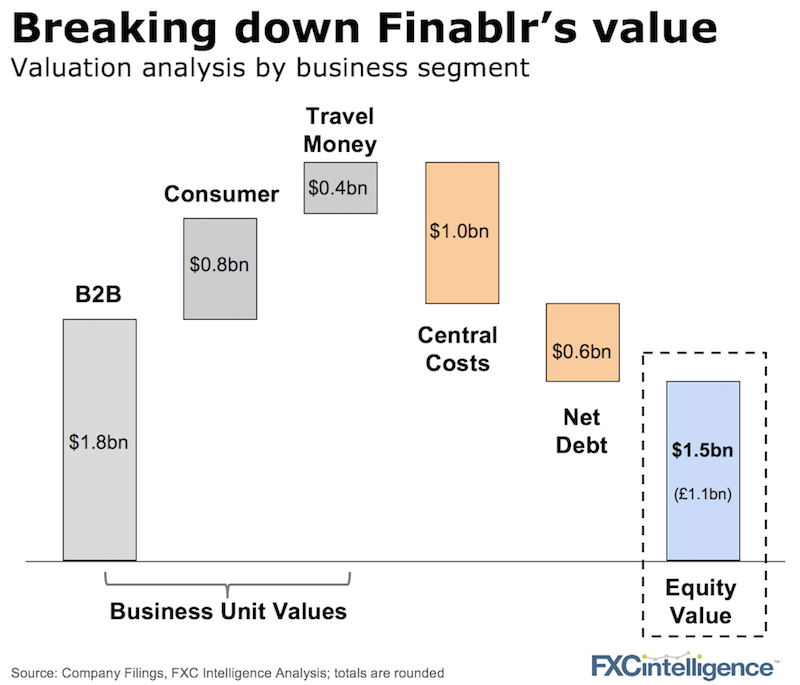 To value Finablr, we, and it seems the market have looked to value the three business units separately. Our valuation model looked at the underlying profitability (EBITDA) of each segment and used valuation multiples of similar businesses.

The highest valuation multiple goes to the B2B segment, we used 17x EBITDA in line with the recently IPOed also Middle East focused payment processor Network International. For the consumer remittance segment, we used 8x, a slight premium to Western Union’s multiple due to Finablr’s superior growth rates to WU. Finally, for the travel money segment with its limited growth and tight margins, we used a 4x multiple.

All that plus taking account of central costs and net debt took us to the c.$1.5bn (which is where the market landed).

How to generate high margins in spot FX

Some companies like to sit below the radar. The Global Payments division of INTL FC Stone is one of them. INTL FC Stone is a public company, its core being a commodity trading business. We spoke to them this past week off the back of their latest results.

A lifetime of focus on emerging markets

The Global Payments division has an annual run rate that will be close to $120m for its financial 2019. Having started at $5m revenue in 2004 when INTL acquired it, that’s a compound growth rate of 23% per year – not bad going. With the latest 6 month figures just published showing 18% growth – these are solid numbers for the cross-border sector.

Most impressive is a contribution margin of c.60% on a business that’s pretty much all spot payments. What is driving this?

What next for Revolut?

Revolut, the neobank / cross-border payment company has had some year. This week it spoke of its push into the SME space. It expects its 100,000 businesses to supply monthly transaction volumes of over $1 billion in May, up nearly five times since last June. Is Revolut now back on track? Let’s go back a year… 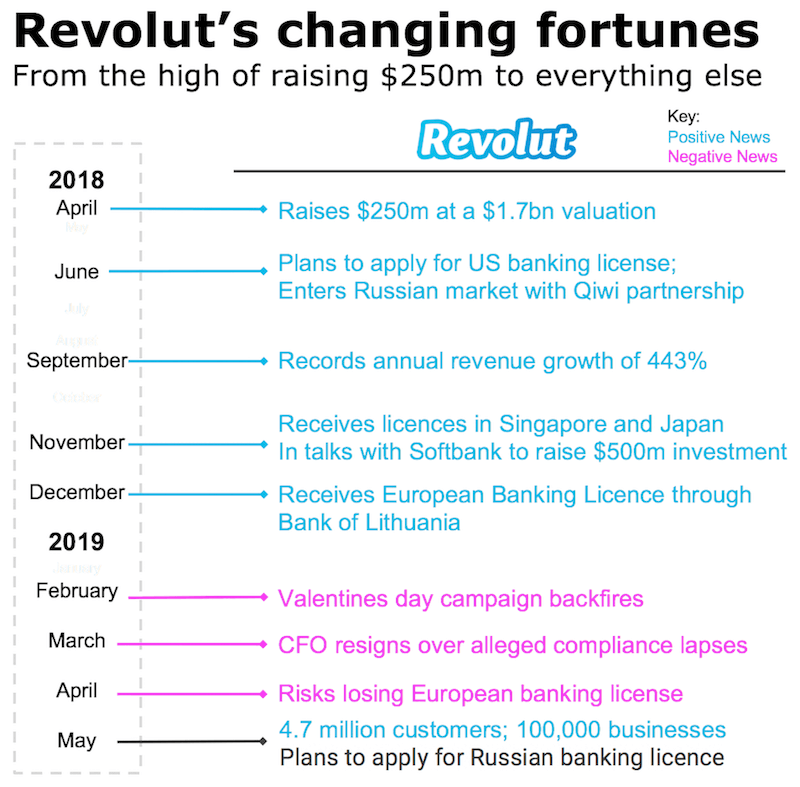 To say 2019 has been challenging would not understate things. A company that once was the darling of the press quickly became the opposite with some difficult articles from mainstream press such as:

“Inside Revolut and why the booming finance firm is facing a tide of criticism”. The Telegraph

But with nearly 5 million customers and a claimed $4bn of monthly transactions the business has continued to grow.

The two biggest questions are simply this: