The EU wanted to lower the cost of Euro-denominated cross-border payments within the eurozone. In April 2019, it introduced new regulations to bring this about: the EC No. 2019/518 amending No. 924/2009. Good for customers, not so clear for finance, marketing and compliance departments in financial services companies. 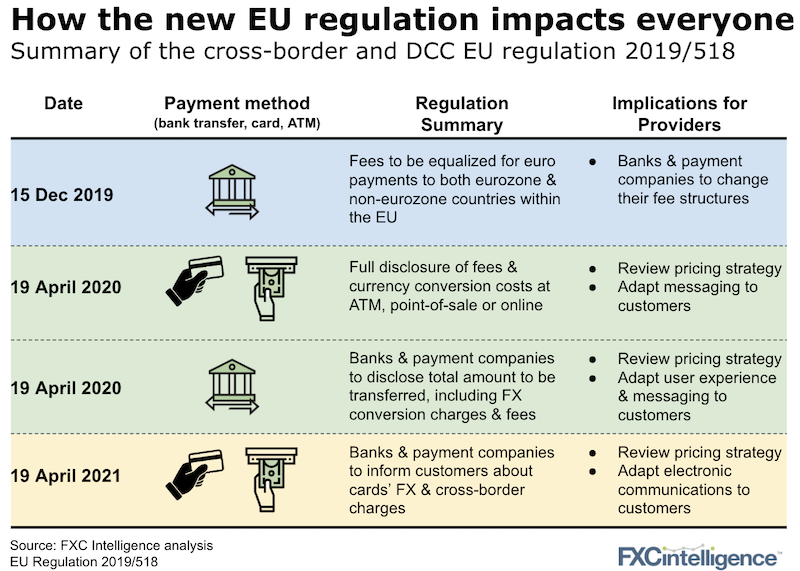 The same is for transfers. Banks and payment companies will have to disclose the total amount to be transferred, including currency conversion costs and transaction fees.

Some companies (those using our data) have reported an uptick in revenue since moving to a new pricing structure post December 2019 when the new regulation came into force. But overall, the EU predicts a saving of one billion euros to customers (aka a loss of up to one billion euros in revenue to the sector).

These regulations, rolling out year by year, will therefore impact everyone. Banks, payment companies, e-commerce companies, anyone offering DCC…the list goes on.

We have been tracking more than 600 of the biggest issuers across 60+ markets. Some have changed their pricing since the regulations, others haven’t. We’ve also carried out extensive research on consumer understanding of FX terminology.