Lots of financial results were reported this past week. We look at the recent growth and profitability of the sector with some clear patterns emerging. We also cover Western Union’s new platform strategy and spotlight some big developments in Mexico. 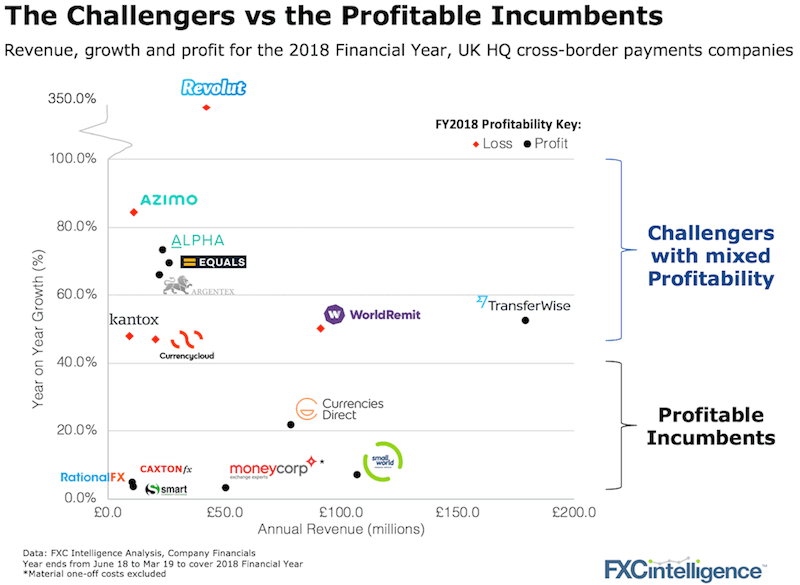 The biggest takeaway: With such divergent growth rates and strong venture backing for the growth-focused groups, the gap between traditional incumbents and new challengers is only going to widen. If the incumbents start to shrink, will their profitability be able to hold up?

There was a time in tech when the word “platform” was in every sentence and critical to achieving a high valuation.

We’ve mostly moved on from that but at Western Union’s investor day last week, the company formally announced its own platform strategy covering:

Western Union without a doubt has some unique assets – especially their pay-in and payout networks. Just look at the recent Amazon deal as an example of this reach. But… don’t bet the house solely on this strategy.

In Western Union’s own words: “The Company sees incremental opportunity over the long term from such services as it transitions its platform strategy from a proof-of-concept to a scale-up phase.”

Only incremental in the long-term. Not game changing. Yet.

Mexico – have you missed the opportunity?

Mexico is a top 15 global trading economy but to date has been mostly absent from the fintech scene. At the consumer level, 44% of adults are still unbanked and it is the third-largest recipient of remittances ($36bn/yr), primarily from the US.

Ecommerce is one of the fastest growing segments and over 67% percent of Mexican online shoppers purchase cross-border, with three quarters buying from the US. 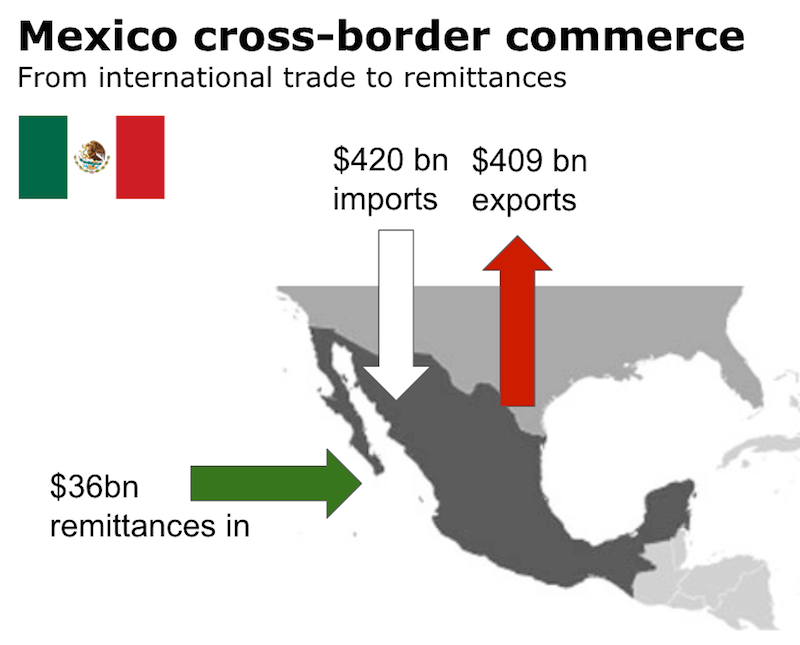 Mexico is beginning to pick up traction. Last Thursday, the Mexican Banking and Securities Commission announced that since it adopted the Fintech Law back in March 2018, it has received fintech applications from 85 companies. 60 applied to operate as electronic payment processors and 25 as collective financing companies.

As a further indicator of change, Santander just invested $57.5m – the biggest fintech investment in Mexico to date – in Klar, a debit and credit alternative.

What we know from other emerging markets, especially in South America, is that most often the most successful fintechs are homegrown (Nubank, EBANX, d-local to name a few). Local knowledge, expertise,and connections are critical and few overseas companies have made a success in the region without that.